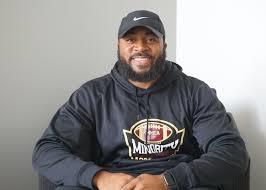 Prior to coming to Butts County Schools, I spent 4 year teaching in St.Louis and 4 years at 2 other schools in the Bootheel of Missouri. After years of coaching in the Bootheel, I made the move to St.Louis. I spent one year at Vashon High School, before getting the Head Football and Athletic Director job at Roosevelt.

I believe the children we’re educating today will impact the world we live in tomorrow. Every educated child brings value and contribution to the world and society they live in. The future of education lies in the connection between the community, parents, students, and educators. I pay extra attention to diversity involving students with special needs and in the area of cultural differences; this will help children to learn more about themselves and the people around them. It will help develop respect and appreciation for others.