Long-time Board of Education Member, Ernest Battle, passes away 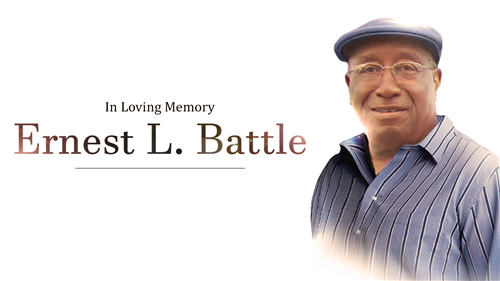 “Mr. Battle was a tremendous community servant and a tireless supporter of all things BCSS.  Our school system would not be what it is today without Mr. Battle’s service and his commitment to improving education for our students,” said Dr. Todd Simpson, Superintendent.

Mr. Battle was a 1956 graduate of Henderson High School in Butts County where he was a member of the original Tigers football team.  He earned the first athletic scholarship offered to a Henderson High graduate.  Mr. Battle served in the United States Army and then worked for the General Motors Company until he retired from the corporation.  Mr. Battle began his service on the Board of Education in 1986 and continued to serve until 2014.  He served as Chairman of the Board for 23 years.  Under his leadership, the Board of Education was named a Quality Board by the Georgia School Board Association in 2013 and a Distinguished Board in 2014.

In 2011, the Butts County Board of Education dedicated the Ernest Battle Professional Development Center in Mr. Battle’s honor.  This center houses district level offices, student registration, and professional learning spaces for ongoing trainings and meetings for faculty and the community.

Mr. Battle led our faculty, staff, community, and students with love, fairness, and a commitment to what is best for children. He was a true public servant who remained focused on providing the best education possible for our students.  He will be greatly missed.